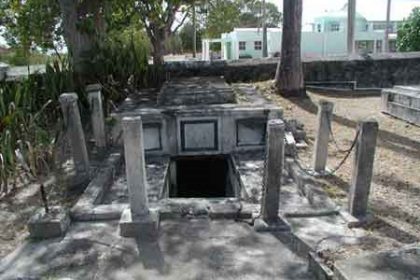 This tomb, which is located in the Christ Church Parish Church cemetery is the centre of Barbados’ “Unsolved Mysteries”. Disclaimer: If you get easily creeped out reading/watching chilling ghost stories and even the real Unsolved Mysteries…look away…

Chase Vault was built by the Right Honourable James Elliot. The first inhabitant of the vault was his wife Elizabeth who died in 1792. However, the Vault was bought by The Waldrond family, who decided to bury their own family members there. When they opened the vault to bury a lady by the name of Mrs. Thomasina Goddard, everyone was stunned to discover the vault was completely empty! The previous occupant, Mrs. Elliot and her coffin, were nowhere found!

Ownership of the vault changed hands once again, the latest owners being the Chase family. Its first inhabitant, young two-year-old Mary Anne Marie Chase, was buried in 1808. Four years later, the child’s older sister Dorcas was buried there (it is rumoured that Dorcas starved herself as a means of suicide to escape the abuse of her father, Colonel Thomas Chase). A month later Mr. Chase himself committed suicide(evidently, this family was cursed). As they opened the vault to bury him, they found that the coffins of the previous two occupants had been violently tossed about. Initially, persons thought the tomb had been raided by grave robbers but this theory was soon thrown out when it was confirmed that there was nothing of value in the tomb. Another theory was that the slaves who had been mistreated by Thomas Chase did it as a means of revenge. However, no one could solve this mystery, so, the coffins were fixed properly and the father of the two dead girls was added to the vault.

In 1816, eleven-year-old Charles Brewster Ames was prepared to be buried in the Chase Vault. The same sight that greeted persons 4 years prior had been repeated – the coffins had been thrown about, including the much heavier coffin that carried the Colonel. The mystery surrounding the Vault had spread to the extent that persons decided to inspect the outside of the vault for foul play before the next burial, this one of Samuel Brewster. They found the vault to be completely sealed and that nothing or no one could get in… or out. However, as they prepared to bury Brewster in the Vault, they found that once again, the vault and its coffins had been completely ransacked. This newest “assault” was so brutal that Mrs. Goddard’s coffin had to be wrapped in wire in order to prevent it from falling apart.

When in 1819 the vault was opened for an inspection, they found all the coffins, except the badly damaged one belonging to Mrs. Goddard, in disarray. Another inspection of the Vault was ordered, this time by Lord Combermere. He asked that sand be sprinkled on the outside so that the footprints of anyone hovering near the vault would be imprinted. Within the two years the vault remained like this, persons visited the tombs and said they heard howls and growls and other sounds coming from inside the vault. After a while, Lord Combermere made his way to the vault with slaves, a few men and a couple masons. A crowd of onlookers gathered as he ordered another outside inspection of the vault. Everything was fine…until they opened the vault to find the coffins flung over the floor and tossed about violently. Understandably, the Chase family had their family members removed from the Vault and buried elsewhere.

Here are some of the theories that have floated around over the years to explain the strange happenings at the Chase Vault:

To this day, for over 200 years, the vault has remained empty…

Many people ask: is this story real or is it pure fiction? However, I think the real question is, where were the bodies when all of this was happening? 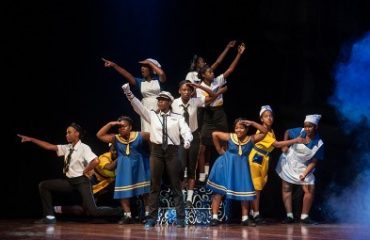 What is the National Cultural Foundation? 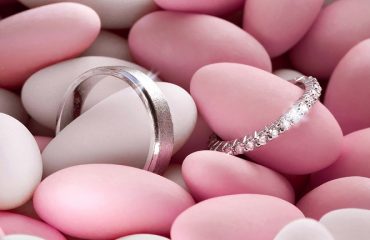