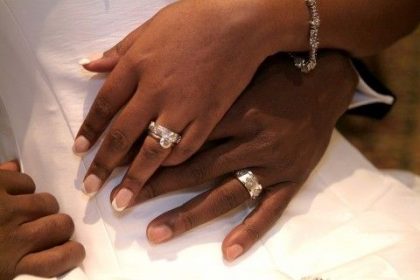 Weddings are probably my favorite event to attend. I love seeing the color schemes, decorations, bridesmaids and groomsmen attire and especially the moment when the happy couple says “I do”. I especially love the food at receptions because it is usually such a nice blend of Bajan and Caribbean cuisine. My latest wedding experience was in January, for my 2nd cousin’s wedding. It was a great experience, especially since I hadn’t attended a wedding in over two years.

I had arrived a bit late for this late afternoon/early evening wedding ceremony so I missed the bride entering (another one of my favorite moments at weddings) although from all reports she was on time (which tends to be a rarity at the ceremonies I attend). When I arrived however, I was pleasantly surprised by the colour scheme on display. It 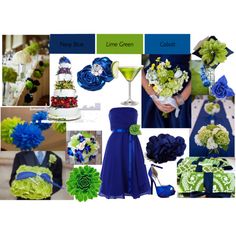 was green and royal blue, something that I never saw before at the any of the weddings I have attended, but it worked quite well. The bride wore a simple strapless dress and had her hair in a nice up-do. Her make-up was simple, yet flawless and her bridesmaids and maid of honor wore royal blue dresses with a green band around the waist. The groomsmen wore royal blue shirts, inside a dark suit, while the groom wore a white suit with a green shirt inside to match the green bouquet of his bride. Everyone looked great and the colors blended nicely together.

The ceremony itself was short and sweet. I tend to dislike wedding ceremonies that are overly drawn out, because the guests get restless and antsy. But this ceremony was quite different. Within the ceremony were the usual platitudes, hymns, signing of the registry etc., but I especially liked the rendition of “A Thousand Years by Christina Perri” by a friend of the couple, as the bride and groom signed the registry. The song was very fitting for the occasion, as it is very romantic. That was a nice touch, I thought, as sometimes during the wedding ceremonies I have attended, there is usually just a piano rendition of a hymn or the congregation singing hymns as the wedding registry is signed.

For me, wedding receptions tend to be the biggest bone of contention at weddings. Some couples and their bridal party spend ages taking photos (as is their right) and leave their guests stranded, which tends to increase the wait for food. However, this couple decided to have finger food and drinks for their guests, as they took their wedding photos. I thought this was very considerate on their part, because it allowed the bridal party to get some nice shots with the sun setting, while the guests did not get too bored as the evening wore on. It also allowed the guests to mingle and get to know each other in a casual setting. The guests were notified when the bridal part was arriving, so therefore everyone made their way to the reception hall to welcome them.

Since the time was winding down as the evening wore on, the bride and groom also allowed the meals to be served before the speeches.  The food was probably the most disappointing part of the wedding, but I did not mind since the rest of the reception was enjoyable. The speeches were quite short and and very entertaining as they always are at the weddings I attended before. But the best part of the wedding was the last two events. First, the bride surprised her groom by serenading him during the reception. It was a very touching moment that brought tears to the groom’s eyes. I had never seen something like this before at a wedding, but it was indeed very touching and sweet on the part of the bride. Secondly, as is usual, the dance floor was open to the guests, but a variety of music was played and persons of all ages took to the dance floor. There was the usual slow dancing with the bride and groom and their families, but when the floor was open to guests, it was a great mixture of classical tunes and calypso, and most of the guests had a great time.

All in all this wedding experience was a very good one. The wedding was by no 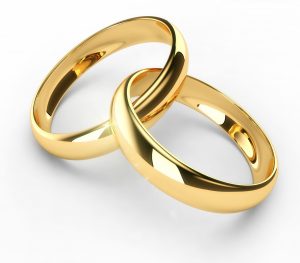 means spectacular, but it showed that having a simple and elegant wedding is just as good. This wedding also had many different aspects that I hadn’t seen before, for example the finger food and drinks before the official start of the reception. Additionally, the bride serenading the groom was very romantic and the guests really enjoyed it as well.

Tagged under: #gobarbdos, my wedding experience 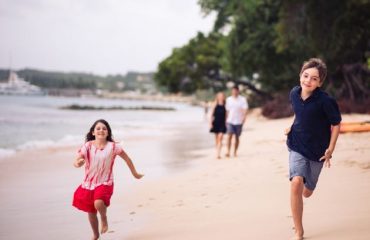 Activities for Kids: What’s great for kids to do in Barbados? 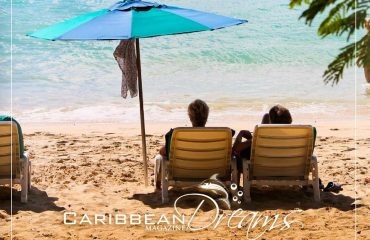