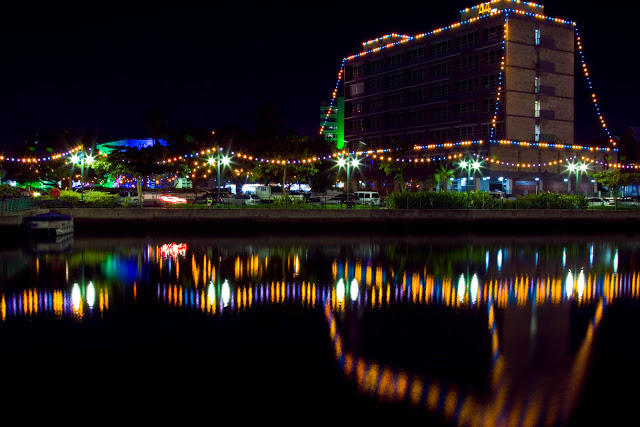 The Independence Lighting Ceremony, usually held November 1st, ushers in a month of independence activities. This and the entire month of activities are hosted by the Community Independence Celebrations Secretariat. Par­lia­ment Build­ings, Inde­pen­dence Square, the Inde­pen­dence Arch, various busi­nesses in Bridgetown and round­abouts across the island are beau­ti­fully lit in ultra­ma­rine and gold when the switch is flicked during the ceremony. The lights then come on nightly throughout the month of November. This tradition began November 1st, 1966 with the inaugural Lighting Ceremony at Trafalgar Square, now renamed Heroes Square. The ceremony has evolved to an entire 'Bajan' showcase with the addition of the Bajan Folk Brew in 1997. Here you can see a mix of folk and other talent.