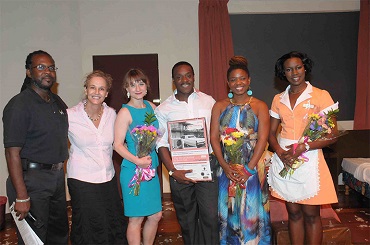 The Gale Theatre of Barbados and London creates popular, stunning and entertaining, seasonal, theatrical performances on the shores of Barbados.

Gale Theatre will be expanding into film development/production

A collaboration of Barbadian and British expertise will adapt Shakespeare's "A Midsummer Night's Dream" into "A Caribbean Dream".  There is no other information available about the 2015 season.

The Plot: The entire play is set in the Lorraine hotel room, the evening before his assassination. King is alone, trying to create yet another powerful speech. When he orders a cup of coffee from room service, a mysterious woman arrives, bringing much more than a late-night beverage. What follows is a reflective, often funny, often touching conversation in which Dr. King examines his achievements, his failures, and his unfinished dreams. 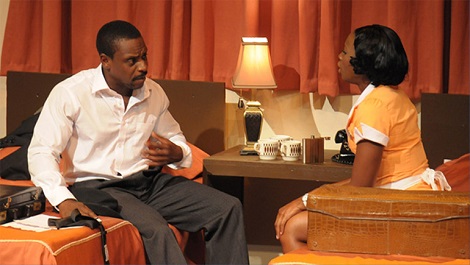 “The Lover, Pinter & The Piano”: From the producers of The Memory of Water, Gale Theatre of Barbados and London.

The Gale Theatres 4th production is set to be another fantastic work re- created for the Caribbean, this time it is a tribute to the Nobel Prize winning, playwright Harold Pinter: theatre, poetry and song.

Ever wondered what your spouse gets up to after you’ve left for work? Find out in Harold Pinter’s intriguing one act comedy re imagined for the Caribbean.

'The Lover' by Harold Pinter will be followed by a short celebration of Pinter’s poetry and by award winning jazz singer and pianist Miss Liane Carroll, arriving directly from Ronnie Scott’s jazz club in London. Liane will be joined by special Barbadian guests, Ebe Gilkes and Carole George.

Directed by: Hanna Berrigan and produced by Melissa Simmonds.