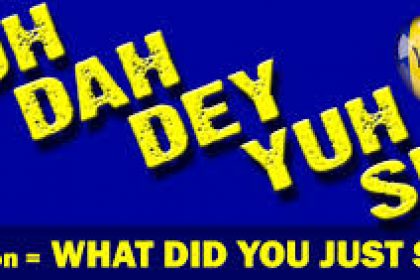 Following on from our Talk Like Ah Bajan Series, we asked some of your “average” Bajans to translate some of the sayings we presented here. See how they did below…

Bajan Saying: If you didn’t at de christening, yuh shouldn’t be at de wedding.

If you weren’t there from the start don’t be there at the finish.

If you weren’t there from the start doan try to be there when things are at their best.

Meaning: Do not get involved in something if you do not know how it started.

If you keep doing the same thing over and over people will catch on.

If you keep overworking something it will give out.

Meaning: Sustained pressure and exertion will eventually lead to a breakdown.

Bajan Saying: One smart dead at too smart door.

There is always someone who knows more than you do.

One person what felt he was smart get outsmart by someone else.

Meaning: You can’t trick a trickster.

Bajan Saying: Day does run til night catch he.

You can’t run away from your problems forever.

Everything that happens in the dark comes to light.

Meaning: Things always catch up with you.

Bajan Saying: Ya could hide and buy land but ya can’t hide and work um.

Whatever you do in private will eventually come to light.

Meaning: What happens in the dark will always come to light.

You will reap what you sow.

Can’t do wrong and expect good.

Meaning: Your reward or punishment is in line with your actions.

Meaning: The more you show off, the more your faults are brought to the open. 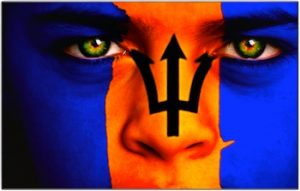 Better to take ya time and do something than rush it.

Taking your time to do something properly is not being lazy.

Everyone who smile and laff wid you int you’re friend.

Persons may smile at you yet stab you in the back.

Meaning: Not all outward signs of friendliness should be taken as genuine.

When someone does something worthy of praise let them have it.

Give someone praise where praise is due.

Meaning: Give credit where credit is due.

Bajan Saying: De tongue dat buy you does sell you.

The persons that tell you things will also talk about you.

The person you trust might be the one who will hurt you.

Meaning: The same person that flatters you, may betray you later.

Someone that eats and has no manners.

The fowl “great” with itself.

What looks tempting initially can have negative consequences.

Anything that sounds really sweet is probably too good to be true.

Meaning:  A source of great pleasure may turn out to be a problem later on.

No name calling, so no one can be blamed.

If you don’t know about something, or weren’t there, you can’t be blamed for it and can’t get in trouble.

Meaning: If no names are called, no one can be accused.

If you hang with the wrong crowd, their fate will be your fate.

Meaning: If you associate with the wrong people you will get the same treatment that they do. 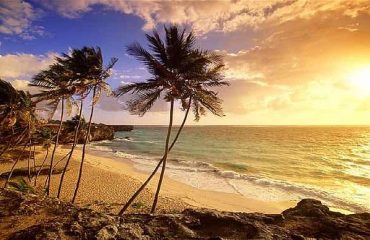 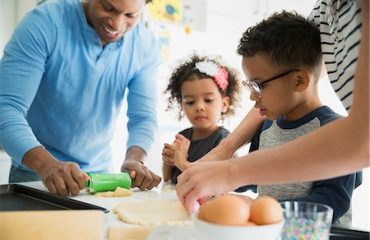 A Bajan-Caribbean Way of Cooking Wreck the Dress: What is it and how to do it best in Barbados?