Built in 1858, St. Nicholas Abbey sits atop Cherry Tree Hill, one of the most picturesque locations in the the island. It is nestled among the lush, tropical vegetation in the parish of St. Peter. It is one of only three Jacobean mansions left in the Western Hemisphere, and one of two in the island, the other being Drax Hall. 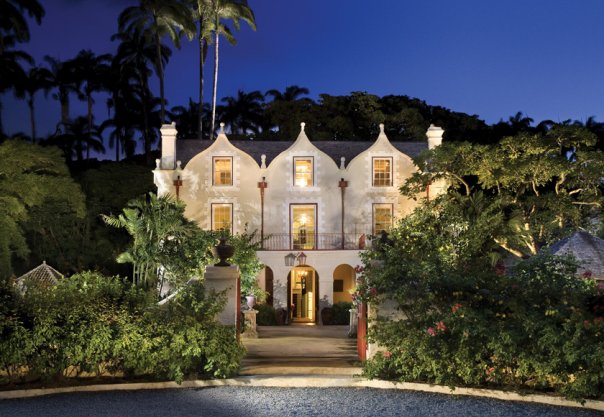 This mansion has been carefully preserved, with curved Dutch gables, chimney stacks, coral stone finials and beautiful Chinese Chippendale staircase in pristine condition. One can tour the great house, explore the steam mill and rum distillery and even watch a rare 1930s film of life on a sugar plantation. Today, the steam room and distillery are in full operation and used to produce St. Nicholas Abbey Rum and a variety of sugar products.

The history of St. Nicholas Abbey is an interesting tale. Colonel Benjamin Berringer was the owner of the property and John Yeamans (later Sir John), Barringer’s friend and business partner, was his neighbour. Yeamans began to admire to Mrs. Berringer and a feud erupted. This culminated in a duel in which Berringer was killed. Soon afterwards, Sir John married Mrs. Berringer and claimed the Abbey. This was not to be, however, and the property was returned to Berringer’s children in a court ruling. It was subsequently named after his grand-daughter who married George Nicholas. Meanwhile, Sir John and Berringer’s widow left Barbados in 1669 and helped found the colony that is now called South Carolina, USA.