This Barbados town is located on the north-west coast of the island in St. Peter. A drive along the West Coast road would lead you there. It is one of the four major towns in Barbados. Back in the 17th century, this town used to be called 'Little Bristol' because of its heavy trading connections with Bristol, England. 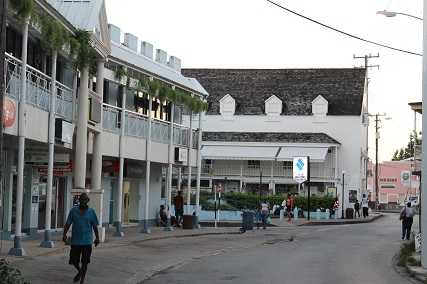 Officially settled in 1630, Speightstown quickly became the island's main port and commercial centre, exporting items such as tobacco and cotton, and later, sugar. The town was named after William Speight, who owned the land on which the town was built, and who was a former member of Barbados' first assembly (Governor Hawley's Parliament). This town also played a major role in the signing of the Charter of Barbados. In the mid 17th-century, the England was undergoing a civil war between the King and the Parliament. The settlers' loyalties were with King Charles I, who was executed by Oliver Cromwell's Protectorate.

Representatives of the Parliament attempted to land in Barbados through the Speightstown port in 1649, but were aggressively kept at bay by the Royalist settlers for six months. By then, Speightstown had three forts- Orange Fort, Dover Fort and Fort Denmark. However, through the help of a defector, Parliament landed in Barbados through the Oistins town. 1651/2. The Charter of Barbados was signed in 1952, and this peace agreement stated that most importantly that Barbados could not be taxed without the consent of a Barbados General Assembly.

Today, Speightstown remains a hub of activity, attracting both locals and visitors alike. Buildings, such as Arlington Museum, that provide excellent information on the history of Speightstown. Additionally, this town is home to several buildings that can clearly be idenified as colonial through their architecture. Speightstown is definitely a town steeped in history.

Other Points of Interest include: 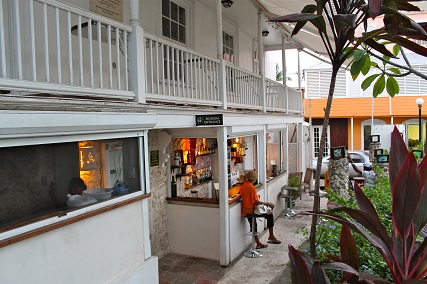 Located in the heart of Speightstown, The Arlington House Museum is a restored eighteenth century 'Single House', a house style that Barbadian settlers carried to Charlestown S.C.

This architectural marvel was constructed using a cement paste made from egg whites and molasses to fuse together coral, limestone and rubble masonry. It also boasts of walls over two feet thick. Once a merchant house, this Museum has three floors of exhibits, with each floor carrying a different theme.

In addition to the house being of architectural interest, the Museum has several interactive features that make this a fun and educational visit for the whole family.

Located in Speightsown, St. Peter, this old church is another great example of Gregorian architecture covering 3,402 sq feet of land. St Peters Church was one of the six original parishes on the island. Originally a wooden structure, it has been rebuilt twice since it was first constructed in 1629. It was last rebuilt and consecrated in 1837, after being destroyed by a hurricane in 1831.

Another interesting feature of this church is its large bell now located under a gazebo-like structure. It was once in the church's clock tower, but was relocated after restoration-work was completed. The church had sustained heavy damages, chiefly in its interior, after a devastating fire in 1980. The church was subsequently restored to its original state in 1983, with the exception of the bell positioning.

There are many interesting inscriptions in the church, often giving proof to its long legacy. An example of this is the baptismal font at the back of the church which bears the inscription "The Geft of John Sober Esq. to the Parish of Saint Peter 1767". Every year, St. Peter's Church is the host of an Annual Flower and Garden Festival. Exquisite floral designs made up of local tropical blooms such as orchids and anthuriams make up the stunning displays presented. Here you would also find professional floral design demonstrations, along with a few musical treats in the form of live bands and even a traditional Barbadian garden tea party.