The Sol Rally Barbados Festival is the Caribbean’s biggest annual international motor sport event. In the early beginning s (1990), Sol Rally Barbados was a one day event with about 30 locals competing. Since then it has made an incredible rise from a small scale event to one of the biggest motor events in the region, gaining both regional and international attention by attracting competitors globally from Europe, Australia and the United States. The festival also adds some major tourist benefits to Barbados, contributing nearly $4 million to the island’s economy each year. 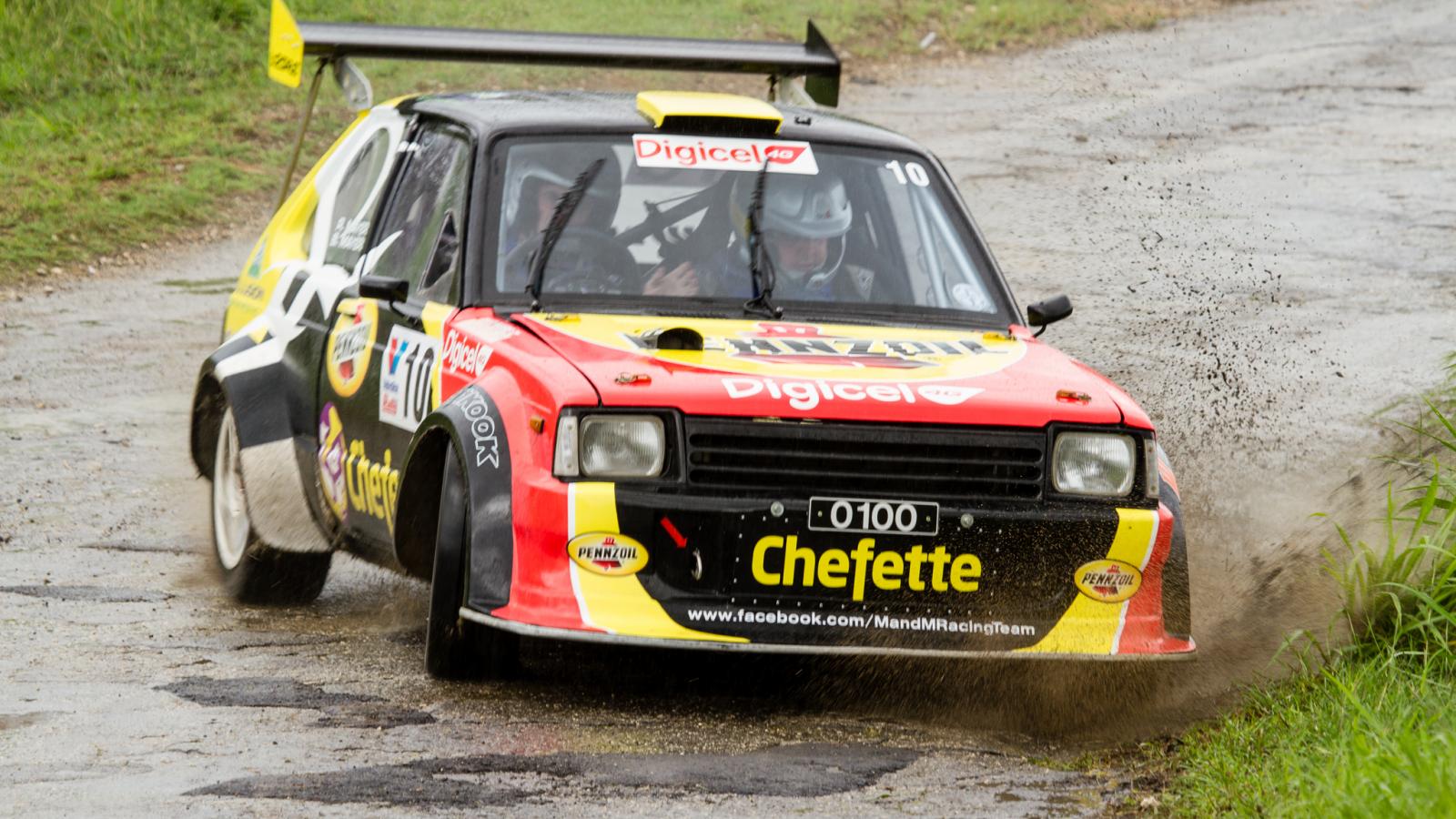 Sol Rally Barbados 2015, put on by the Barbados Rally Club, is being termed a “party to remember”. Now in its 25th year, it has provided endless entertainment to fans both locally, regionally and internationally. Sol Rally Barbados will be held May 29th – 31st and currently has a provisional entry list of 95 crews (see http://www.rallybarbados.bb/general-content/2015-rally-barbados-entry-list for more details). This year’s event will be bigger and better as the event has had more overseas entries, participating nationalities, overseas participants, first time overseas participants and female competitors than any other Sol Rally Barbados event.

The track at Bushy Park Barbados will host the first two of the 22 special stage circuits for drivers on Friday night, while on Sunday the drivers go head to head. Vauclause Raceway will host the Saturday of Sol Rally Barbados. This race way now has new roads and approximately one mile has been added to Hangman’s Hill stage. Fans, as they love to be, will be very close to the action. The 22 special stages will be run at various points around Barbados (under road closure orders for the layman’s safety). The King of the hill event features 4 timed runs on a 3 kilometre stage and the results of this event  will dictate the running order for the main event.

Some of the popular divers one can expect to see at Sol Rally Barbados are Finland’s Toni Gardemeister, Paul Bird from the UK, the 2013 and 2014 champion, Rob Swann, Jamaican’s Jeff Panton, and Trinidad’s John Powell , as well as Barbados’ very own only car racing legend, 13- time winner Roger “The Sheriff” Skeete.

The spectator experience promises to be one of the best ever. As stated previously, fans will be up close and personal with the action. Also, some of the island’s best DJs will be in attendance adding to the overall party atmosphere of the event. There will be live commentary of the races, food and drink on sale and activities for those kids who will get restless. There will also be a cool down zone for the adults. Liming at Sol rally Barbados will be an unrivalled experience.

Important Dates for Sol Rally Barbados 2015
The main dates for the sol rally Barbados action will be May 29th, 30th and 31st , with the main event kicking off at Bushy Park Racing Circuit & Motorsport Facility, St Philip. However, there are several activities occurring leading up to the main attraction:

One thing is for certain, everything is in place for Sol Rally Barbados 2015 to be a racing classic.
Visit the fllowing site for more info:
http://www.rallybarbados.bb
Image from BarbadosMotorSport.com