Signal stations were erected across Barbados as a method of communication an by extension defence, by the British in the 1800s. They warned of slave revolts, approaching ships and any other  possibly destructive occurances. Three remain intact and open to the public.

Built in 1818, the Gun Hill Signal Station is the largest and most important of Barbados' now defunct signal stations; it is said to have passed signals to and from the island's other Signal Stations- Highgate, Moncrieffe, Cotton Tower, Dover Fort and Grenade Hall. Aptly named 'Gun Hill', it was one of the four points, across Barbados, where guns were used to warn the military of an impending invasion.  Gun Hill was also used for time-telling and hurricane warnings.

Strategically placed on the highlands of St. George, the Gun Hill Signal Station is also the location of one of the most stunning views on the island. This historic location also has a fascinating collection of military memorabilia from that era.

Gun Hill is also known for the figure of a lion which was carved from a single piece of coral stone; it was sculpted, in 1868, by Captain Henry Wilkinson who was assisted by 4 military labourers. After falling into disrepair and ruin, Gun Hill was restored in 1983 and is now under the stewardship of the Barbados National Trust. 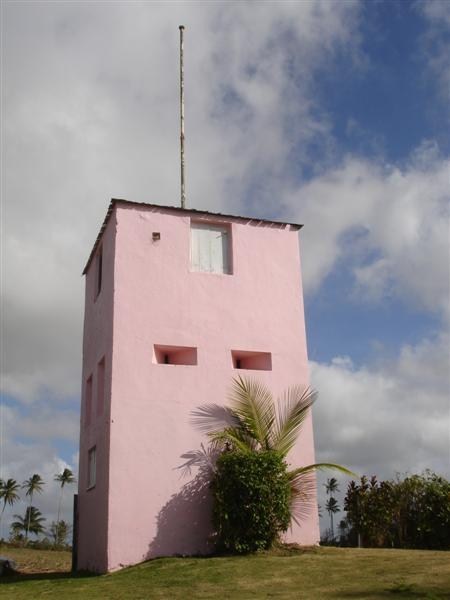 Located on Horse Hill, St. James, Cotton Tower is one of six signal stations built across the island after the 1816 Barbados riots. These signal stations, or 'look-out points' were strategically placed on hills, the better to monitor the landscape, and transmit signals among each other. This signal station offers a great view of the Scotland District and the eastern coastline. Signals usually took the form of flags and lantern codes. Cotton Tower was named after Lady Catherine Cotton, the daughter of the then Governor of Barbados - Lord Combermere.

Now restored by the Barbados National Trust,  the tower is currently open to the public. 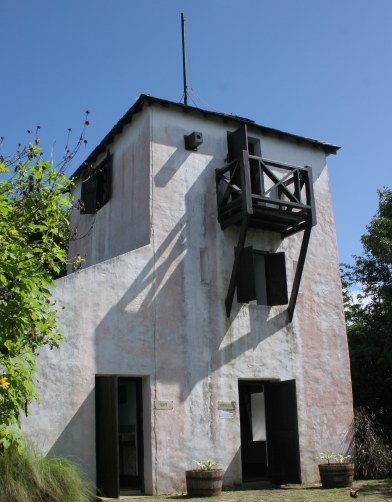 This site combines tropical, lush forestry with colonial history. The Grenade Hall Signal Station was originally constructed in 1819, and was one of several signal stations on the island. These stations were constructed after Barbados' major 1816 slave rebellion and were look-out points across the island, used to warn the military base at Garrison Savannah of approaching ships or slave rebellions. The Grenade Hall Signal Station was also used in bygone days to communicate to Bridgetown businesses of the arrival of merchant ships, and was also used to summon members of the Governor's council to meetings. Signaling was done by flags, and the station accommodated two signalmen. With the introduction of telephone services, these Signal stations became a relic of the past. Located in St. Peter, it was restored as a tourist attraction in 1992 by the Wild Life Reserve, which is positioned next door, with the co-operation of the Barbados National trust. You will get a chance to see how the British communicated in this station, along with a glimpse at a few artifacts.

The Grenade Hall forest is for the nature lovers! A beautiful three-mile trail surrounded by lush tropical vegetation. There is helpful information posted along this trail, including uses of some of the plants for healing purposes, and you have a chance to see our very own Barbados Green Monkey! For the tree lovers, along the ambling nature trail you will find mahogany, dogwood, and even silk cotton trees. You will also see, and most certainly hear, the sounds of the resident birds. There are dozens of species of plant life to see, and even Amerindian Caves.