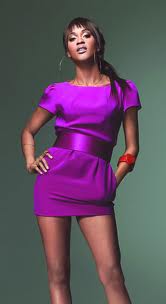 Not the combination that one would normally expect. But then again there is nothing ordinary about Shontelle – the 23 year-old Bajan singer-songwriter who’s set to take the world by storm after signing with music mogul Steve Rifkind’s SRC records.

Shontelle’s unique story begins in the West Indies on the beautiful Island of Barbados. The oldest of 3 sisters, Shontelle has always been an over-achiever who excelled academically while competing in several sports. However her true calling as a prolific songwriter and talented singer would draw her away from both the field and classroom and onto center stage.

Shontelle’s fate seems to have predestined her to be a star. Her aunt Kim Derrick, a popular and celebrated artist in Barbados, saw her drive early on and encouraged Shontelle to pursue her dreams ­ despite her family’s concerns that becoming a musical performer would not be the best career choice. While in high school Shontelle attended “Cadets” camp – where she served as drill sergeant over a newcomer named Rihanna. “She was a good cadet, though there was one occasion when I had to make her drop and give me ten push-ups. We laugh about it now, I think she’s forgiven me.” Little did either of the teens know that they would remain friends and both follow the same dream of becoming international stars in the music business. 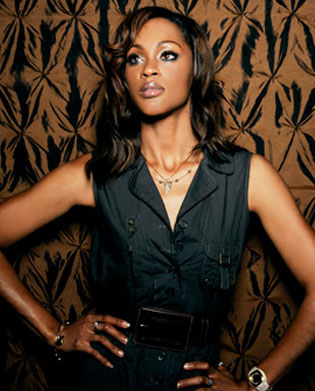 When Shontelle made the decision to attend the University of the West Indies she chose to pursue a degree in entertainment law. She has reaped the benefits of this decision to this day and credits her time studying law with opening her mind to different subjects and ultimately feeding her creative process. As Shontelle says “The next couple of years moved really fast”. She began to carve a reputation in the Caribbean music world by crafting songs for a number of top artists, all while attending the University. Before long, Shontelle scored a hit heard far beyond the Caribbean, writing the girl-power anthem “Roll”.

Producers Evan Rogers and Carl Sturken of SRP Records , who had discovered Rihanna in Barbados and brought her to the world stage, heard the song on a Bajan radio station and felt that it had international hit potential.They sought out the writer of the song to license it for a cover version, and had a pleasant shock; “We couldn’t believe that she was such a great singer and so young and beautiful, and hadn’t been discovered yet” says Rogers. They signed her immediately, and spent the next six months creating her debut album. During a period Shontelle describes as “one of the defining moments of my life”, she flew around the country meeting with executives from the world’s top labels and eventually decided to sign to Steve Rifkind’s SRC Records – joining the ranks of the many successful artists in the Universal Music family.

Shontelle may have put the law degree on the back burner for now, but she certainly has no regrets. “I think I’ve known all along that it was my destiny to perform on stage and give something to people with my music”, she says with calm conviction. And as 2010 starts to unfold, she’s eagerly anticipating the excitement and challenges that lie ahead. “I love music, it’s my passion, and I can’t wait for people to hear what I have to say, and I’ve got a lot to say!