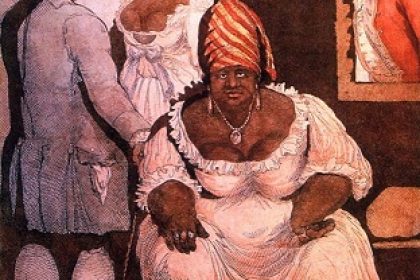 One of the most talked about colored women in Barbadian history, Rachel Pringle Polgreen, achieved immortality by entering the books of history by becoming the first woman of her kind to own and operate a hotel in Barbados. If we look at this through 21st century eyes, it does not seem to be a huge achievement as the rise of women as entrepreneurs and successful businesswomen is well documented. However, when taking into consideration that this was in the 18th century –before slavery was even abolished across the Caribbean – it is evident this was a truly monumental achievement. This article looks at the life of Rachel Pringle Polgreen by presenting, who she was, what she did, where she did it, when she did it and how she became one of the most successful colored women of her time.

Who was Rachel Pringle Polgreen?

Rachel Pringle Polgreen was born in 1753 and like all “coloureds” she was the product of a union between a slave and her master. He father was William Lauder, a Scottish schoolmaster. Interestingly enough, with the assistance of Rachel’s mother, he opened a small business, which many assumed was where Rachel gained her skills. Nothing much is said about Rachel until the fateful series of events that occurred when she was a teenager. Her father began making incestuous advances towards her, evidently aroused by her beauty. When Rachel rejected him, he handed her over to be punished by the whip…a punishment that was reserved for unruly slaves. The “legend” as in told in Barbados today, is that Rachel was saved by Thomas Pringle and the two eventually began a relationship. However, Rachel’s father was less than pleased with the arrangement and the fact that she escaped punishment, and as she was still legally his slave, he sought legal advice about procuring her again. However, Pringle came to the aid of his beloved Rachel by officially purchasing her from her father. Rachel discarded her father’s surname and adopted the last name of her savior and protector Thomas Pringle.

It must be noted that the tale of “who” Rachel was is not a fairytale as she was far from perfect. In order to keep her relationship with Pringle, she pretended to be pregnant and upon his return from a cruise (some sources say it was a tour of duty), she “borrowed” an infant and presented him to Pringle as his son. The scheme was blown out of the water when the real mother of the child demanded her son be returned to her. Pringle left Rachel and Barbados upon learning of her deception. Rachel was not alone for long, as she soon found another protector named Polgreen, hence her name becoming Rachel Pringle Polgreen.

Where did these events occur?

Despite all that transpired in her personal life, what Rachel Pringle accomplished before her 30th birthday was truly extraordinary. As stated in the introduction, in order to truly understand the nature of her accomplishment, it must be placed in the correct context. Slavery and racism were very pervasive in Barbados and the Caribbean at the time. However, one inter-racial activity not frowned upon was sex. Women knew that unions with white men could provide social mobility opportunities as well as other material possessions. Rachel was originally a slave to her father, but then she was subsequently freed by her first protector Thomas Pringle. Despite being a freed woman, she still was not afforded the kind of opportunities in Barbadian society due to the fact that she was a non white. Also, one must note that at this period in Barbados, non whites, whether freed or slave, were still treated with contempt. Thus, the cultural and socioeconomic conditions of those days did not afford advancement of any kind for nonwhites. Thus, Rachel’s achievements were truly phenomenal.

What did Rachel Pringle Polgreen do?

Despite her less than amicable split from Thomas Pringle, Rachel was able to enlarge the house he had given her and in her 20s she opened her very own tavern and hotel, becoming one of the first freed women to own such an establishment. Within the following 12 months, she owned another house in the city, its property valued at 50 pounds. Again, this not seem like much, but as was noted by a some scholars, if Rachel was a white male instead of a colored woman, the ownership of that house alone  would have placed her amongst a small elite whose properties held the minimum value that qualified them to vote and engage in other political activities. It was this house that became the Royal Naval Hotel.

This hotel gained its name from another unfortunate event in Rachel’s life. During the American Revolutionary War, visiting officers of the Royal Navy would stay at Rachel’s hotel in order to rest after long tours at sea. One of these was HRH Prince William Henry, the then naval captain on the Leeward Islands station. One night, in a drunken frenzy, the Prince and his companions wrecked the entire hotel. Amidst all the commotion, Rachel remained unflappable as she sat in the doorway in an armchair. As if the experience was not bad enough, the Prince capsized Rachel’s chair as a form of entertainment for him and his buddies and the nearby onlookers. It was said that Rachel displayed no anger or fear, but merely picked herself up and went about her business.

However, one thing that was evident was that Rachel Pringle was very intelligent, displayed in her elaborate scheme for Thomas Pringle. After this incident at the hotel, she made a list of the damage and sent the Prince a bill of 700 pounds, which was paid without protest. She then used the money to create an even classier hotel, and named it the Royal Naval Hotel as a result of the experience.

Thus, while many of these experiences can be looked at as a series of unfortunate events, Rachel was able to turn these seemingly terrible situations into opportunities for betterment.

When did these events occur?

These events all transpired during the late sixties when Rachel was a teenager, and continued up the time when she breathed her last breath on July 23, 1791 as a 38 year old woman.

How did Rachel achieve all that she did?

At the time of her death, Rachel owned at least 11 properties. But for all her industry and shrewd business sense, it must be noted that she did not achieve her success in a traditional way. Firstly, her evident manipulation of Thomas Pringle is not something that should be ignored. However, what stands out the most is the fact that her success, though achieved in spite of the existing status quo, was seemingly achieved in acceptance of it. She never openly spoke up against the system, and while she herself was bought out of slavery, she still owned a few slaves. However, Rachel still was loyal to her slaves and was said to be close to them, even leaving a house to one of them in her will.

Despite the positives and negatives emanating from the life of Rachel Pringle Polgreen, her accomplishments cannot be minimized. She was able to break out of slavery, albeit with the help of a good Samaritan and in the midst of difficult socioeconomic and cultural conditions she was able to build a successful life for herself. While some can describe her as cunning and manipulative, the best words to describe her are industrious, resourceful and shrewd. She did not outwardly oppose the system in existence at the time, but she was able to manipulate it to her own advantage, thus making her an important part of Barbadian folklore.

The featured image of the article is a depiction of Rachel’s life. In the background is a much younger Rachel conversing with her father, William Lauder. Looking on is her first protector, Thomas Pringle. In the foreground is an obese Rachel, at the height of prosperity. 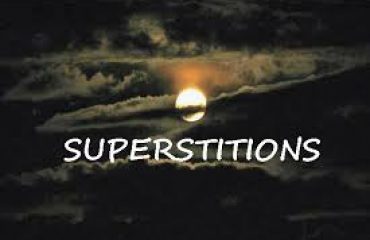 Real Pirates of the Caribbean 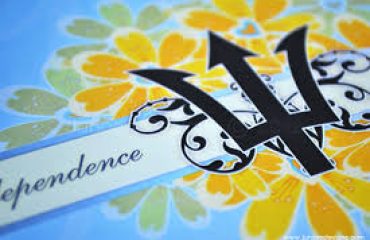