Barbados was originally called 'Los Barbados' by the Portuguese who visited in 1537, on their way to Brazil. When the Portuguese arrived, they found Amerindians, the island's first inhabitants, and a land filled with bearded fig trees. This is the reason for the name given which means ‘the bearded ones’.

By the arrival of the English in 1625, however, the island was uninhabited. At this time, Captain John Powell claimed the land for King James I. His brother along with more settlers followed two years later. They called the town in which they settled Jamestown, after their king, this is today known as Holetown.

The settlers planted tobacco and cotton, in order for survival. Realising that tobacco was not profitable, they branched into sugar cane. As sugar production was not something to be done on a small scale, large plantations and workers were needed.

Indentured servants, made up of white civilians who wanted to emigrate and later convicted criminals, were brought to Barbados. As sugar production blossomed, this became insufficient, leading to the slave trade. Slaves were shipped from West Africa to work in the fields though many did not survive the journey.

The slave trade continued for almost 200yrs. Bussa is credited as leading the revolution by heading Barbados’ first uprising in the year 1816. This revolution is known as the Bussa Rebellion and Bussa now sits in the history books as one of Barbados’ national heroes. Only 18yrs later, in 1834, the slave trade came to an end, with the Emancipation Act and in 1838 slavery was abolished completely. 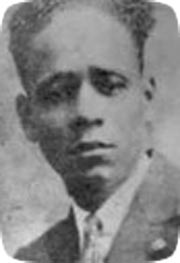 After the abolition of slavery, there was the concern of poor working conditions. Clement Payne, an activist for the poor and working class in Barbados, was deported to his home country of Trinidad. This triggered the 1937 riots. After which, democracy was cultivated and the first labour union was launched. Clement Payne is now one of Barbados’ national heroes as a pioneer in the trade movement act.

From the arrival of the first Englishman until the year 1961, when internal autonomy was granted, Barbados remained a British colony. On November 30th, 1966, the island was granted full independence. This was made possible by ‘The Father of Independence’ Sir Errol Barrow.

The country, however, still holds ties to the crown, as it remains as a commonwealth nation. The island maintains a Prime Minister and two par­lia­men­tary houses–The House of Assem­bly and The Sen­ate. Queen Eliz­a­beth II is the head of state but she is represented locally by the island's Governor General.