Reposted from The Barbados Advocate

The scouting movement worldwide has faced several challenges in recent times, but the Chief Commissioner of the Barbados Boy Scouts Association, Dr. Nigel Taylor, says that the organisation holds firm to its foundation to develop well rounded young men.

His comments came on Saturday evening, as history was made with a new arm of the organisation being welcomed into the fold. Dr. Taylor made the remarks while delivering the feature address at the Investiture Ceremony of the Deighton Griffith Air Scout Troop, the first Scout Troop of its kind in the Caribbean region. The ceremony took place at the Barbados Concorde Experience, a fitting backdrop for the momentous occasion…

Speaking specifically to the boys, Dr. Taylor explained that the scouting movement will redevelop their entire mindset, helping them to appreciate things at a greater level, which before they might have simply skimmed over. Additionally, while reminding them that there are three fundamental duties they must adhere to – duty to God, duty to country and others and duty to self, he noted that the organisation is one in which they will form lasting friendships.

The boys, who were installed Saturday evening, will be introduced to the Chief Scout, Governor General Sir Elliott Belgrave next Sunday during the Founder’s Day Parade. 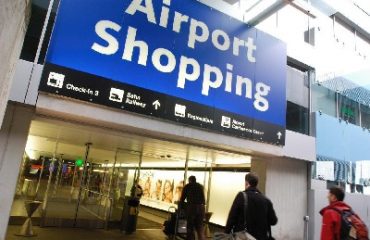