What is Heritage Tourism?

Heritage tourism is described as travelling to various countries not for leisure as usual but to experience the unique cultural elements such as places and artefacts that represent the stories of people past and present, as well as representing the history of a specific location. Barbados was and still continues to be one of the places most frequented by visitors for fun and leisure. However, more emphasis has been placed lately on using our culture and history to attract visitors to the island.

Accordingly, it has been recognized that the modern tourist is no longer interested in purely leisure experiences, but rather what makes the country different from others, specifically through culture and heritage. Through heritage tourism, visitors to the island can have much more engaging experiences in the various communities across the island, thereby creating more memorable travel experiences.

The following details some of what Barbados offers as Heritage Tourism attractions. This list is by no means exhaustive, but rather is a collection of the most popular Heritage Tourism Sites visited by tourists to the island. 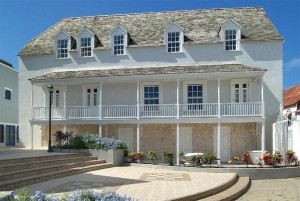 Built in the late 18th century, this house was formerly the home of a wealthy merchant and is the only remaining piece of architecture in the island that shows Barbados’ influence on Charleston’s architecture in the USA. The ground floor was originally used by ships’ chandlers to carry out their business and thus was the working area of the house. It has now been transformed into the interactive Arlington House Museum. 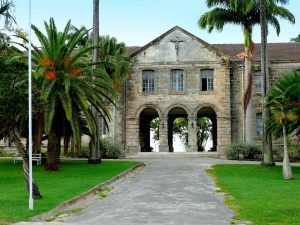 Codrington College was built in 1743 and is the oldest Anglican theological college in the Western Hemisphere. It was founded by the late Christopher Codrington who upon his death left the estate and money to set up a higher learning institution. Not only is it a college for religious learning, it has a very picturesque setting where on the 5-acre property there are numerous views of the island and a beautiful lily pond where you can not only take photos but feed the fish as well.

This location was the former property of a magnificent 19th century great house, the Farley Hill Great House. This mansion was built in 1818 by Sir Graham Briggs for the entertainment of his royal visitors including Prince Albert, Prince Alfred and King George V. Although destroyed by several fires and hurricanes, the building’s coral stone walls still stand today. 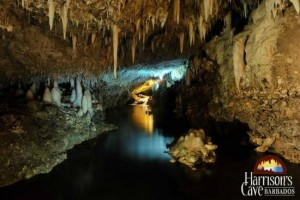 This is one of the most famous natural history sites in the Caribbean and is home to the most beautiful and picturesque rock formations in the western hemisphere.  It displays the amazing stalactites that hang from the roof and the stalagmites that emerge from the ground.

Historic Bridgetown and its Garrison 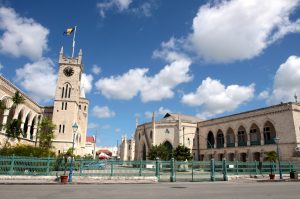 In 2011, Historic Bridgetown and its Garrison was named on the UNESCO World Heritage List, having been said to be the ideal example of British Colonial architecture. Historic Bridgetown, established in 1628 is the capital of Barbados. It has buildings over 300 years old, two Jacobean homes and buildings of both Georgian and Pavilion architecture. Additionally, it was called “Indian Bridge” after the bridge that was constructed over the Careenage by the Indians.

Part of the 150-acre Historic Garrison area is the George Washington House. This 18th century Plantation House is the famous location where George Washington (and his brother Lawrence) stayed on the island in 1751, on his only trio outside of North America. This location also has a museum which shows a variety of artefacts as well both 18th and 19th century aspects of Barbados’ history and culture. The property was originally the British Military Regimental Resident Engineer’s Quarters from 1713 and later became Bush Hill House – the Commanding Officers Quarters. 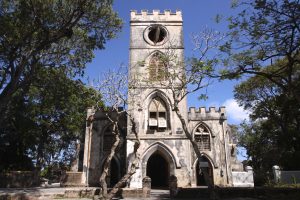 This church was built in 1836 to replace the previous one destroyed in 1831 by a hurricane after being originally constructed in 1660 and is one of the original six parish churches on the island. Ferdinando Paleologus, former descendant of the Emperor Constantine the Great was buried at this location. 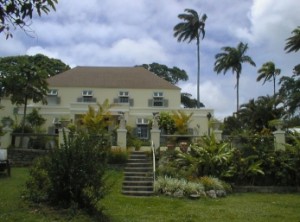 This former sugar plantation was built in 1635 and is over 375 years old. Having been recently restored by its new owner, John Chandler, the house is now furnished with a collection of paintings and antiques in an effort to recreate the house to what it was in the days it was original constructed. 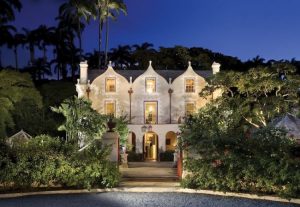 Built in 1660, this is only one of three Jacobean mansions in the western hemisphere. It is also home to one of the most beautiful gardens and has a variety of flora. St. Nicolas Abbey is open for viewing by the public and some of the features on show are: fine antiques and china, curved Dutch gables, coral stone finials and much more. 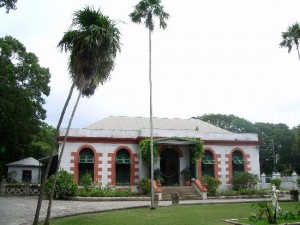 This was the home of the former Prime Minister of Barbados, Sir Grantley Adams and his son. The house at the location was constructed in 1853 and contains some of Sir Grantley’s personal items, as well as a fine collection of antique furniture. The 4 acre grounds also has the Chattel House Village, a replica of how a 1920’s Barbadian Village would have looked like, as well as a slave hut. 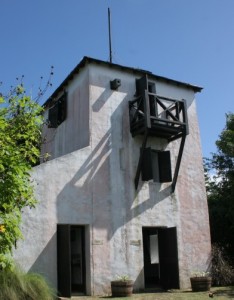 The Gun Hill Signal Station was constructed in 1818 by the British Army is also one of the 6 signal stations constructed island wide for communication purposes. At this location is the monument of a great while lion, which symbolised the British rule on the island. It has been said that this lion had been carved from a single block of stone. 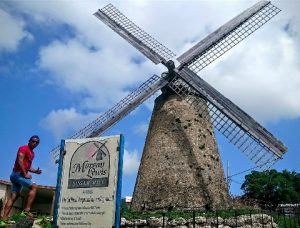 Over 250 years old, this sugar mill is the largest remaining windmill in Barbados and the only functional one of the island. It is now on the World Monuments Fund list of 100 most endangered sites in the world. It is a perfect example of the island’s traditional wind powered cane grinding in the 18th and 19th centuries. Within the mill is an exhibit of old photographs displaying the “sugar glory days”. 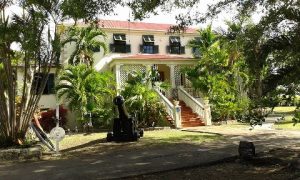 The Sunbury Plantation House was built in 1660 by an Irish English planter, Matthew Chapman. A living monument to plantation life, the house remains the only Great House on the island with all rooms available and open for viewing by the public.

Therefore, it is evident that Barbados has lots to offer in the area of Heritage Tourism. The island is much more than white sandy beaches and tropical weather. It has a rich history and culture and such elements must be tapped into to create an ideal Heritage Tourism destination. 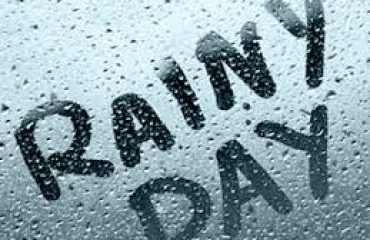 10 Things To Do On A Rainy Day 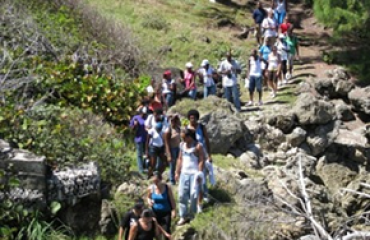 Never a Dull Moment in Barbados – Things to do on Sunday