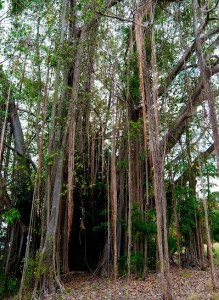 Barbados was first called Los Barbados, which means ‘the bearded ones’.  This is because of Fig Trees which were once found in abundance across the island.  To Pedro Campos, a Portugese explorer, the long hanging, aerial roots on these trees looked like beards, hence the name.

Since British occupation, has never been successfully invaded by a Foreign power.

When first settled in 1625, was found to be almost totally covered in dense jungle, with a very large population of wild pigs.

First and second Governors, Captain William Deane, and John Powell, respectively, were each arrested during their terms as Governor, and returned to England in irons.

Has experienced 12 Hurricanes and 15 Gales of sufficient enough force to cause extensive damage, recorded from 1625 until now.

The first settlement in Barbados, Holetown, was originally named Jamestown after it's benefactor, King James I of England. It acquired the name "Holetown" due to the offloading and cleaning of ships in the very small channel located within the immediate vicinity of the town. These tasks left the area in an untidy and smelly condition....thus the Jamestown area became referred to as "the Hole", which evolved into "Holetown", as it known today. (This channel is no longer in use for such purposes).

The Capital city, Bridgetown, was originally named "Indian Bridge" for the rude bridge which had been constructed over the river (now known as the Careenage) by the Indians. It was later called the "town of St. Michael" in official documents, before finally being named Bridgetown when a new bridge was built in place of the Indian Bridge, sometime after 1654.

Most of what is now the Southern part of Bridgetown (the lower Bay Street environs) was once a huge swamp.

The House of Assembly, in 1666, by special Act, ordered that all buildings under construction of wood be halted, and that all buildings in Bridgetown, including homes, must be built of stone, due to the fire which totally destroyed Bridgetown in that year. The Capital has since been devastated by fire several times.

The first slaves in Barbados were white (called Indentured Servants); people who, for various reasons, had been deemed enemies of the Crown. This practice was so prevalent during the period 1640 to 1650, that a phrase for punishment was coined "to be Barbadoed".

It was written of the great Hurricane of 16 October 1780 "Whites and Blacks together, it is imagined (the deaths) to exceed some thousands, but fortunately few people of consequence were among the number".

During the terrible landslip of 11 October 1786, a home in the area of Walcott's Plantation, in that part of the Parish of St. Joseph called Crab-Hole, in which a Christening was to take place, sank entirely underground. "The next morning no vestige of it was to be seen. Some time afterwards, it was discovered through a fissure in the soil, which was enlarged, an opening made in the roof, and to the great astonishment of the persons who descended into it, the internal arrangements were found in the same order as before the accident took place; even the christening Cake was found unimpaired in appearance and taste."

During this same landslip of 1786, several buildings on the Walcott estate were swallowed up, including the windmill, "which was carried some hundred yards from its original location and swallowed up, no part remaining visible but the extremity of the upper arm". 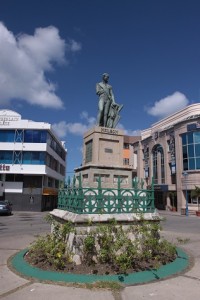 Foster Hall Plantation suffered precisely the same fate during the landslip of 1819, during which time the woods under Hackelton's Cliff slid down in its entirety to cover the area where the Foster hall buildings had previously stood.

The Lord Nelson Statue, erected on Bridgetown's Trafalgar Square on 22 Mar 1813, is older than the statue and square of the same name and fame in London. Trafalgar Square was renamed National Heroes Square in April 1999, in honour of the national heroes of Barbados.

During the period 1841 - 1845, Barbados was considered the healthiest place in the world to live, having 1 death per 66 people, compared to world averages of approximately 1 death per 35 people.

People, in times past, travelled from all over the world to Barbados for it's Healing Qualities. These were to be immersed totally, with the exception of the head, in the sands of the beaches of Cattlewash in St. Andrew. This treatment was believed to cure many ills. This practice lasted for some years before waning.

South Carolina, in the USA, was originally settled by Barbadians, and it's first Governor was a Barbadian.

The highest point in Barbados is located 1,100 feet above sea level.

Is the birthplace of internationally acclaimed, Grammy award winning, superstar Rihanna. She moved from Barbados to the United States at the age of 16 to pursue her music career.

Last but certainly NOT LEAST.....throughout the History of our Island, it is well known that the Mongoose in Barbados never crosses the road unless someone is watching.