Not only is Barbados the land of Sun and Sea, it is also the home of various cultural 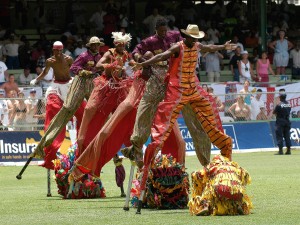 celebrations and festivals. When you plan for your vacation on this beautiful island, why not take the time to have some fun and see what Barbados has to offer! Be sure to check out what festivals may be occurring during your stay; you wouldn’t want to miss the opportunity to see a different side of this unique island, and learn more about its fascinating customs. 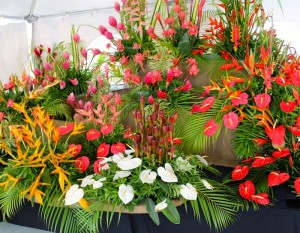 This annual show held by the Barbados Horticultural Society at Balls Plantation in the parish of Christ Church is a haven for nature lovers; it is an exhibition of the most beautiful and exotic flora offered by Barbados and the other islands of the Caribbean.

The Society uses this platform to show off its award-winning horticultural and flower-arranging expertise.

Located on Barbados’ south coast is Oistins, one of the four towns on the island. Oistins is renowned not only for the delicious fish dishes served up by the numerous restaurants and eateries in the area, but for the musical and other forms of entertainment. Locals and tourists alike, make a bee-line for Oistins on Friday nights to be part of the massive crowd which never disperses until the wee hours of the morning.

The Festival, which is held every year at Easter, seeks to display the variety of skills possessed by the fisher folk who catch and prepare the marlin, tuna, red snapper, barracuda, flying fish and mahi mahi for Barbadian tables. Visitors enjoy the camaraderie, dancing to calypso music and the local art and craft and also exciting activities such as boat racing, fish boning, the Land Ship, ballroom dancing, Karaoke and climbing the greasy pole.

Crop Over is, without doubt, the most popular, vibrant, and highly anticipated festivals on the island. The festival has its origins in the days when the islanders would have a massive celebration on the streets to mark the end of the sugar cane harvest - hence the name “Crop Over.” This tradition has maintained its popularity throughout the years, and has evolved into the colorful and musically delightful festival that it is today.

Crop Over, which draws participants from as far as Europe, the USA and Canada, is in the same league as the annual carnival celebrations which take place in Trinidad and other West Indian islands 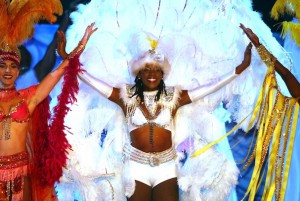 , Brazil, Britain, Canada and the USA. The festival officially begins around the beginning of July when the various “tents” seek to air approximately 500 calypsos for the enjoyment of a host of fans of the calypso art form.

The extravaganza, which is hosted by the National Cultural Foundation, is a cornucopia of musical entertainment, an array of exciting costumes and a frenzy of  “wukking up” and merriment. Among the events which are eagerly anticipated by “party animals” are Pan on de Sand, Pick o’ de Crop, Soca Royale, Party Monarch, Cohobblopot, Foreday Morning Jam, Kiddies Kadooment and the grand finale, Kadooment Day Jam. As a popular Bajan jingle goes, Crop Over is more than a festival - it sweet, sweet, sweet, sweet fuh days!

Read More on Crop Over

Also known as NIFCA, this festival was first inaugurated in 1973 as part of the island’s Independence celebrations. Held throughout the month of November, NIFCA showcases Bajan creativity in Dance, Drama/Speech, Music, Literary Arts, Culinary Arts, Visual Arts and Crafts and Photography. After the breathtaking performances and exhibitions, the festival ends with a gala that introduces the winners. 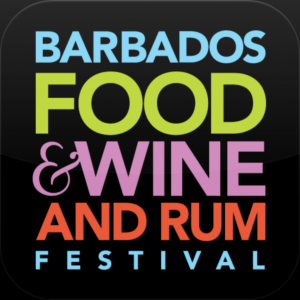 Held at a series of interesting venues across Barbados for one weekend in November, this festival attracts not only the best local chefs and bartenders, but other experts from around the world. First held in 2010, this festival now attracts more than 10,000 locals and visitors. Guests have the opportunity to let their taste buds run free as they sample culinary delights, great wines and fantastic rum.

In the year 1627 British sailors established Holetown, Barbados' first known settlement, on the West Coast. To commemorate this historic event, there is an annual week-long celebration in February, known as the Holetown Festival. This event features many interesting parades, dancers, live music, arts and crafts booths, and of course, delicious Bajan delicacies! If you are in Barbados around this time, be sure to be part of this colourful and fun-filled event.
Read More on Holetown Festival 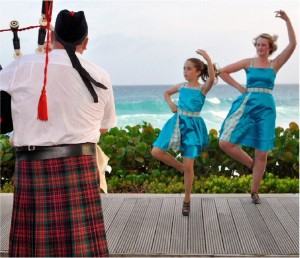 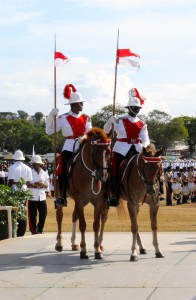 November 30th is celebrated annually as Independence Day here in Barbados. This day has been observed ever since Barbados gained its Independence from Britain in 1966.  The country celebrates this historic occasion throughout the month of November, with events such as sports competitions, street fairs, cultural events and religious services.

From its inception in 2006, this prestigious awards ceremony has showcased and honoured the best and most promising of Barbados’ musical artists. This red carpet affair brings out the Barbadian glitterati to enjoy live performances by top-rated local and foreign musicians and entertainers such as Fantasia, our own superstar Rihanna, Trinidad’s Machel Montano, the American R&B group Allure and many others. This show remains a distinguished part of Barbados’ musical landscape.

Held on the picturesque gardens of Holder’s House, this annual arts festival takes the form of an outdoor theatre showcasing top notch artists, not only from Barbados, but from international countries such as Canada, USA and European Countries. Traditionally held towards the end of March, Holders Season features, among other activities, live jazz, opera and stand-up comedy. Patrons can expect to find food and wine to satisfy any taste as they enjoy the delightful ambience and the wonderful performances presented. This is certainly an event not to be missed.

With hundreds of churches from many denominations dotting its’ landscape, it is no surprise that Barbados hosts one of the largest religious song festivals in the region. Gospelfest, which has graced the musical calendar for nearly 20 years, takes place during the month of May at locations throughout the island; it is a celebration of gospel music which attracts popular acts from all over the world featuring musical genres such as reggae, jazz, soul and calypso.
Sporting

The Barbados Darts Festival showcases international and regional darts players of all skill levels competing in a series of friendly and championship games. Participants also take part in leisure activities, such as catamaran cruising, swimming with the turtles and island safaris. It is a great way to enjoy one of the world’s most sought after destinations. This festival is usually held annually in late October or early November.

Check out the Current Callendar of Events here