Whether you call it "fate", "destiny", or "a calling," the fact is that some people are born to sing. 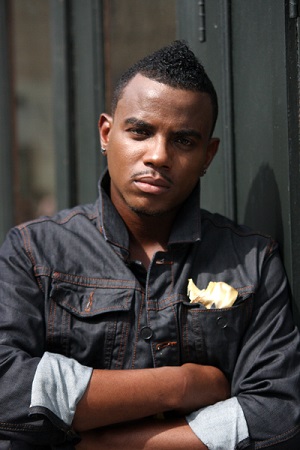 Dwane Antonio is one of those people. His voice and stage presence have allowed him to capture the hearts of audiences across the Caribbean and be named one of the best Barbadian, home-grown artists. Dwane, born Dwane Husbands, has gained recognition at the highest levels of the music industry impressing executives at Def Jam following his performance at the 2006 Barbados Music Awards (BMAs). This impressive performance led to his recording with another home grown superstar, Def Jam recording artist Rihanna, on her multi-platinum sophomore album A Girl Like Me. After recording “Dem Haters” with Rihanna, Dwane Antonio went on to release a solo single “Simple Mathematics” which has generated positive buzz from radio play and gained a following after performing it live. He has even been noted as a “great” singer by Evan Rogers of SRP Productions. His fanbase expanded in the Caribbean, as he emerged the winner of the keenly contested Eastern Caribbean Digicel Rising Stars Competition in 2008, where he beat out more than 600 contestants from Anguilla, Antigua and Barbuda, Grenada, St Lucia, St Kitts and Nevis, and St. Vincent and the Grenadines for the title.

Born in Barbados, Dwane Antonio discovered his interest in music at the tender age of 6. He would tell you that he was born with a natural gift to sing. Like a lot of musical legends before him, Dwane started out singing with his church group and school from a very young age. Inspired by greats such as John Legend, Bob Marley, and Alicia Keys, Dwane’s style can be described as a unique blend of R&B and Pop with a touch of Soul. So far, his career has been filled with success in national competitions such as the Cable and Wireless Superstar Search competition and key performances at special national and regional events.

Dwane’s voice is complemented by his natural charisma demonstrated in his onstage performance and his ability to keep an audience captivated with his honest and intimate style of delivery. He has already been seen as and been treated like a true superstar at home in Barbados or traveling throughout the world. Dwane has worked with Producers Evan Rogers, Chris Allman, and Depu and dreams of working with international artists like John Legend, Alicia Keys, NeYo, and Justin Timberlake. He is currently working on his first album, which will feature the talents of a number of local, regional, and international producers and songwriters. With his talent, success and popularity, Dwane is now focused on advancing in the industry at the international level.