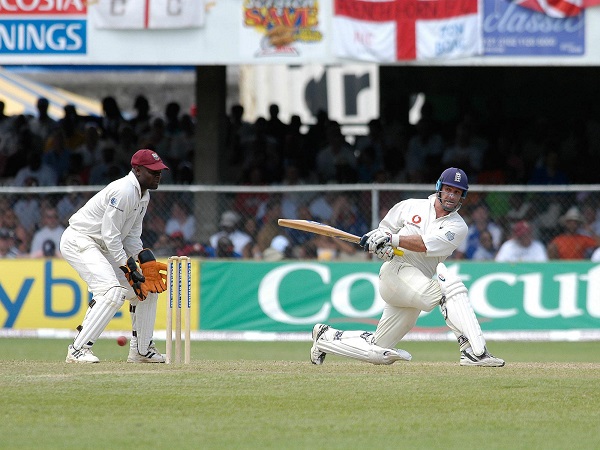 You cannot go anywhere in Barbados, and even the Caribbean for that matter, and not feel the passion we have for Cricket! Barbados has always had a renowned reputation for producing stellar cricketers, and many Bajan cricketers make up a pretty large contingent of the West Indies Cricket Team.

Often dubbed a 'gentleman's sport', cricket was introduced to Barbados by the early English settlers. The Barbados Cricket Buckle features an engraving on a belt buckle in the likeness of a mulatto slave, a navy slave chain collar around his neck, being bowled out. It is said to suggest that Barbadian slaves were playing cricket as early as 1780.

Cricket in Barbados is predominately played on the grounds of Kensington Oval, also known as the 'Mecca of Cricket'. It was recently remodeled and reopened on February 17, 2007. When you enter this stadium, you will also see a statue in the likeness of Sir Garfield Sobers, a Barbadian cricket legend known as one of the finest cricketers of all time. He is also recognized as a National Hero in Barbados.

Kensington Oval has seen its fair share of illustrious cricket matches, with some of its highlights dating as far back as 1930 when a West Indian, Clifford Roach, made the first Test Century on its pitch. Also in 1895, it was the first West Indian ground to host an English touring team Other more recent highlights for Kensington Oval are being the venue for the World Twenty20 finals in 2010 and the Cricket World Cup final between Australia and Sri Lanka in 2007- the reason for its drastic upgrade to a world-class venue.

Some Tournaments and Cricket competitions played in Barbados are outlined below:

Sir Garfield Sobers Cricket International Schools Tournament- Named after the renowned Barbadian cricketer and National Hero, Sir Garry Sobers, this annual tournament held in Barbados attracts school teams under nineteen years of age to compete with their local, regional and international counterparts. Since 1986, the Sir Garfield Sobers International Schools Cricket Tournament has given school boys the rare opportunity of playing in an international tournament. To date this tournament has groomed the likes of retired West Indies captain, Brian Lara, Darren Ganga, Roland Holder and other notable players such as West Indies' Sherwin Campbell and Philo Wallace, Dale Benkenstein of South Africa, and Chris Adams and Alastair Cook of England.

Masters Tournament- 35-over local tournament which features players 40 years old and over. The competition is split into four zones and the preliminary rounds are played in a round robin format. At the completion of the round robin, the two top teams from each zone go in to the knockout stage consisting of quarter finals, semi finals and final.

Caribbean Alliance First Division Championship- Played over three days with a minimum number of seventy-five overs per day, each match comprises of two innings for each team.

Sagicor Twenty/20- The newest form of limited overs cricket, and as it states there are a maximum of twenty overs played per team.

Sagicor Shield- A limited overs competition with a maximum forty overs per team.