Cover Drive is a band on a mission to bring the sunshine and sounds of their native Barbados to the world. The young quartet has already ignited the UK charts with three top 10 hits in 2012, inclusive of their infectious smash ‘Twilight’, which shot straight to No. 1 upon release, nabbed a 2012 Soul Train Music Award nomination for Best Caribbean Performance, and had their collaboration with  Far East Movement, ‘Turn Up The Love’, selected as a part of President Obama 2013 inaugural playlist.  Not too shabby for a band who has been only been on the international music scene for a year and a half.

With their top 15 debut album, Bajan Style, released in May 2012, Cover Drive’s fresh, fun, feel-good, sun-soaked sound will have your hips swaying. Their YouTube/Vevo views are at over 21 million, their fans include the likes of Ed Sheeran, Emeli Sandé, Labrinth and Jessie J and both their fellow Barbadian mega superstar, Rihanna and world chart-topper, Kelly Clarkson, have allowed them to share their stage as main support acts. 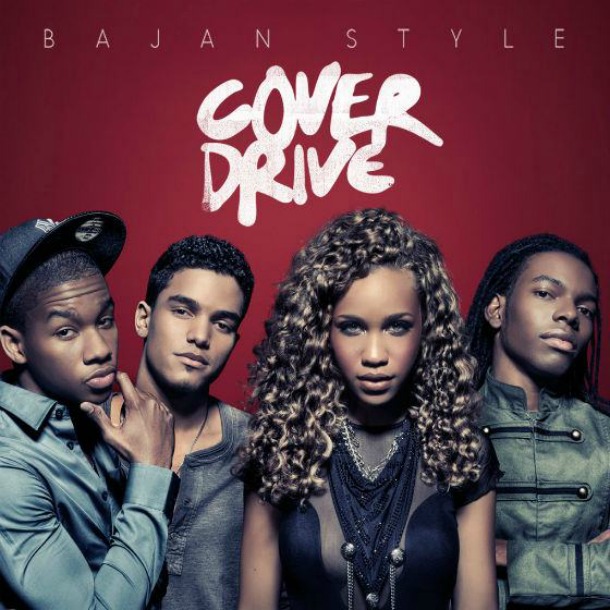 “We’re amazed how quickly people have connected with our music,” says Amanda, the band’s sassy, 21 year old singer. “You never quite know what the response will be, but we have been blessed to have fans fall in love with Cover Drive and our sound!”

Cover Drive is comprised of the lead singer Amanda, 19 year old bassist Jamar, 23 year old guitarist Barry and drummer/singer T-Ray, 19, for whom Amada used to babysit. Although they joined forces two years ago, the four were friends who had been making music individually since the start of their teens.

“We had known each other for ages, but it never crossed our minds to start a band,” says T-Ray. “As soon as we did, it seemed so obvious. Cover Drive is the love child of No Doubt and the Black Eyed Peas. We’re the perfect fit. Amanda loves pop music, I like metal and hip hop, Barry likes punk rock and Jamar is into indie music, but our influences meet in pop, pop rock and the Caribbean music we grew up listening to. When we formed, we found our sound straight away.”

Cover Drive call that sound ‘Carib-pop’. A bubbly blend of their Caribbean roots in reggae, dub and soca with happy, hook-laden pop, hear it and you won’t stop smiling.  Little wonder ‘Twilight’, nine months after its release, still remains a massive crowd favourite at their shows.

Cover Drive’s name came from T-Ray’s dad’s love of cricket.  Coincidentally, it was cover versions the band posted online that instantly attracted major label attention. Dubbed The Fedora Sessions (because they wore fedoras – hat-obsessive T-Ray has a collection of 20 plus) and filmed in their manager’s basement, their funky, Carib-pop reworkings of Train’s Hey Soul Sister, B.o.B.’s Airplanes and Ke$ha’s Tik Tok saw them signed to Polydor within six months of forming. But even more interesting than the fedoras they sport in the videos, is how they “Coverdrivatize” the songs they cover.  Watch them on YouTube and you’ll see T-Ray playing a helmet (worn over a fedora, of course) with a drumstick, playing a shaker of sand in a soft drink bottle, banging cardboard boxes and making beats by scraping the floor with an upside down skateboard. “We call it infusing our music with personality,” the quick-witted drummer jokes. 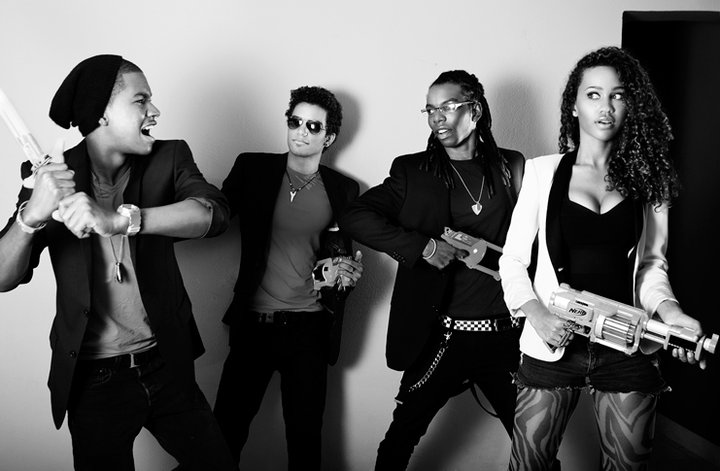 Listen to their music and quickly, you realise why they are creating a buzz.  The percussive ‘That Girl’ boasts verses with soca-flavoured beats and high, hypnotic vocals and bursts into a gloriously catchy, reggae-pop chorus. ‘Twilight’, on which T-Ray chants, sends perky Euro-pop through a Caribbean blender.  Can’t Live In A World is a beautiful ballad that shows off a more mature yet still feel good Cover Drive sound. The soulful love song ‘Sparks’ features both Amanda and T-Ray singing over a mix of piano and electro.  ‘Sparks’, a gorgeous, mid-tempo, electro love song that sees Amanda duet with T-Ray. “Singing a love song with T-Ray isn’t weird, although everyone expects me to say that it is. I’ve known him for ages and there’s a lot of love between us. When we sing it to each other, we can’t stop smiling.”

“Our aim with the album was to have as much fun as we did in our basement doing covers,” says Amanda. “We definitely did and you can hear it in every song on the album. They’re all about being young and having fun. They’re songs that bring that feeling of being on a beach in the blazing sun with your best friends to every day, whether it’s sunny outside or not."