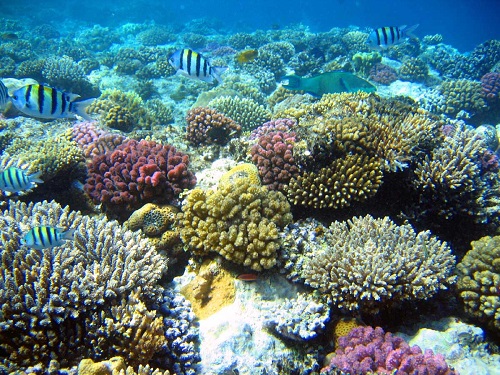 Below the sun kissed crystal clear waters of Barbados, are colourful coral reefs and limestone communities. These exquisite coral flowers are clusters of living organisms called polyps. They have a hard protective limestone skeleton at their base with soft outer bodies.

These tiny creatures form the structure of coral reefs by attaching themselves to a rock on the sea floor then dividing into thousands of clones which connect to one another. This creates a colony which acts as a single organism. As colonies grow, they connect with other colonies  and become reefs, a process which may take hundreds, thousands, even millions of years. Related to jelly fish, coral polyps are actually translucent animals. The reefs, however, get their wide array of prismatic colours from the billions of colourful zooxanthellae algae which it hosts.

The Atlantis Submarine allows persons the opportunity to explore the deep blue sea and a closer look at these coral polyps, as well as the other creatures which inhabit the ocean.