Saturday, 05 August 2017 / Published in Blog, Go For The CULTURE & EVENTS, Go For The ENTERTAINMENT, Latest posts 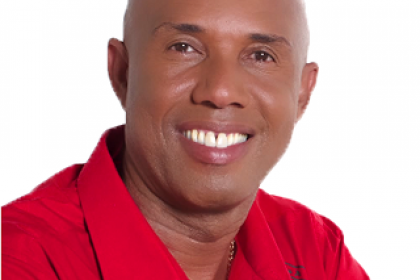 Our next feature in this series of “Bringing the Stars Closer to Earth” is on Stedson “Red Plastic Bag” Wiltshire. This article will take an interview style format, with most of the responses coming from several different articles.

Tell us when you first started singing.

Well to be honest I began performing in 1979, but it was only around the mid 80s that I decided to make a career out of it. I would say my love for calypso came when I used to spend a lot of time in the Bayfield fishing village and the fishermen there would sing a lot of folk songs. What was great about those experiences was that I saw a lot of the struggles those guys went through just to support their families. So I thought to myself, calypso is a great medium to convey this message of struggle and various other messages as well. Taken from All Music and barbadospocketguide.com

In these early years can you pinpoint a particular moment that was special for you?

I think it was in 1982. I became the youngest Calypsonian to win the National Calypso Competion at age 21. From cropoverbarbados.com

Every artist has that song that “puts them on the map” so to speak. What would you say 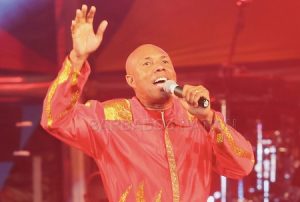 Honestly it would be Ragga Ragga. That song was not only popular here and across the Caribbean, but internationally as well. It became so big that it has been recorded in seven different languages. Taken from All Music

Wow, seven different languages! Something tells me there is more to know about that hit…

Yes. Ragga Ragga was also featured in the Irish movie “ The Sparrow’s Nest” and was played at the NBA final in 1996. From cropoverbarbados.com

Have any of your other songs reached such heights?

Yes and no. “Not me and that” was also featured on “The Sparrow’s Nest” and “Can’t Find Me Brother” was featured in the movie “Some People” on HBO. But Ragga Ragga has been by far my biggest hit. From cropoverbarbados.com

What are some of the international places you have performed your hits?

Canada, USA, the UK and Australia. I feel extremely lucky to have performed at some special locations such as The Apollo Theatre in New York, Madison Square Garden, Radio City Music Hall, Club Coconuts in Dublin and Hammersmith Palais in London. While in the States, I also received international recognition awards. From cropoverbarbados.com and caribbeanmusic.ca

What are some of the other awards you have received over the years?

Last year you attented the Verada Cultural Festival in Sao Paulo. Tell us about that.

It went well. This was my second trip [to Sao Paulo] and it is clear that there is a market there for the music. The reality is that festivals like these we will need to not just to send an individual . . . we will probably need to send a contingent. They were dancing in the streets to Ragga Ragga and Something’s Happening. It augurs well…iy is an opportunity which is there for us to capitalize on a very huge market. It’s quite clear that’s festivals like these we need to be a part of. We need to get involved and try to promote our festivals across the globe. From barbadostoday.bb

When you aren’t singing, writing and composing, what activities are you engaged in? 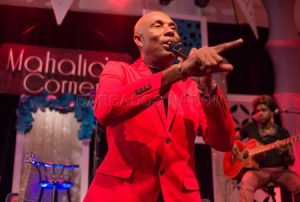 Many may not know this but I have founded and I also currently act as the director of COSCAP – the Copyright Society of Composers, Authors and Publishers and I also sit on the National Copyright Tribunal of Barbados. From cropoverbarbados.com

You mentioned a few organizations you are a part of. What other music related activities do you engage in?

I sometimes judge music competitions as well both here and overseas. A couple examples are the Caribbean Song Contest in Trinidad and Tobago and the Bermuda Song Contest. From caribbeanmusic.ca

It is impressive that you dedicate your time to “background aspects” of music that are often ignored. Tell us something outside of music that someone may not necessarily know about you.

I love cricket. I actually represented Barbados at the youth cricket level in 1980, just before I committed my career to music. From cropoverbarbados.com

If you had to sum up your life’s philosophy in one sentence, what would you say?

“It’s not what you have that makes you happy, it’s your ability to be happy with what you have”. From cropoverbarbados.com 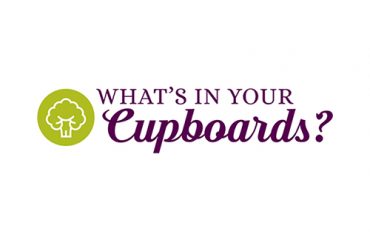 What’s in a Bajan Cupboard/Fridge? 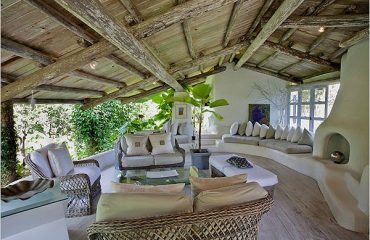 Rental Checklist: What to Look for when Renting a Property