Barbados is a hive of Ecological Activity, and viewed by many as a treasure trove of plant and animal life. In fact, several animals have played a large role in the islands history and culture, including the green monkey, a central attraction at the islands wild life reserve, sea turtles, who play an exciting role in many snorkeling and diving experiences on island and the flying fish engrained in our culture and is a trademark frequently seen in our daily lives. Aditionally Barbados is also known to have eight species of bats, three species of lizards, the red – footed tortoise and the European wild hare (frequently seen in the parish of St. John).

Other Animals of Barbados include:
The Green Monkey
Sea Turtles
Black Belly Sheep
Flying Fish
Birds of Barbados
The Pelican The National Bird Of Barbados

While there are seven species of sea turtle in the world, only 4 of these call the waters of the Caribbean home. These are: 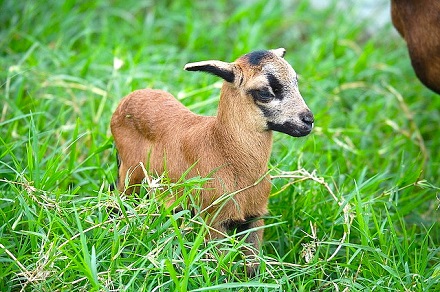 That strange wool less, black-stomached sheep you just spotted in the countryside is the Barbados Black Belly Sheep. Barbados Blackbellies are a polled hair sheep, meaning they have no horns and hair instead of wool. The free-range domestic stock is typically prized in Barbados for:

The fertile stock can breed all year round and has also been frequently utilized in foreign breeding. This is because the Barbados Blackbelly sheep are very disease resistant and parasite tolerant, which are desirable traits in crossbreeding operations.

Over the years at least 84 bird species have been recorded in Barbados, of these many are water birds and have been spotted mostly at the Greame Hall Nature Sanctuary. Barbados is home to a wide range of resident and migratory birds, including falcons, ducks and locally threatened species such as the Caribbean Coot and the Golden Warbler. Additional migratory winter residents include the Osprey and several Herons such as the Great Blue, Little Blue, Tricolor and the Yellow-crowned Night Heron. The Great White Egret, Sora Rail, Belted Kingfisher, Parula Warbler, Spotted Sandpiper and Northern Waterthrush have also been seen on the island.

Graeme Hall Swamp, which is now closed to the public, is one of three primary roosting areas for migratory and native water birds in Barbados. It is also a temporary rest stop for migratory birds travelling the Eastern Caribbean Flyway between North and South America.
Information obtained from the Now closed Graeme Hall Nature Sanctuary.

The Pelican – National Bird of Barbados

The rare Brown Pelican featured on the islands Coat of Arms is the national bird of Barbados. Weighing (6 – 12lb) and with a wingspan of approximately (6.0 to 8.2 ft) the Brown Pelican is the smallest of the eight species of pelican.  The waterbird typically has a white (sometimes yellowish) head and a brown body with gray and dark brown streaks across the back, rump, and tail. They are also noted to have four-toed, webbed feet and large gray beaks which are fitted on the underside with a water draining pouch. Diving from high in the air pelicans enter the water and scoop their prey from their watery homes.

These birds use their large bills to and some water which is then drained in their the large gular pouch. blackish-brown and the legs and feet are black. The juvenile is similar but has a brownish-gray neck and white underparts.

Now rarely spotted in Barbados the birds were once seen in plenty nesting on the small island that once existed off the coast of Barbados until 1961. Pelican Island as it was aptly named was said to be the largest of three small islands and has since been reclaimed as a part of the Barbados’ deepwater harbor (where the cruise ships dock). Today, not too far from the original site lies the is largest dedicated arts and crafts center in the Caribbean. Its name, Pelican Village, was selected as a tribute to the memory of Pelican Island and the lost Pelicans that once nested there.