Since 1966, Barbados has celebrated Independence Day on November 30th of each year. Celebrations include a wide range of activities during the month of November, and of course, certain Bajan delicacies are more evident in restaurants and on Bajan tables during this month. However, 2016 marks a very special year in Barbadian history: this island will be celebrating its 50th year of independence from Britain. As such, the celebrations will take a different tone. To mark this milestone, there will be a yearlong jubilee with several events throughout the year geared toward a commemoration of this momentous occasion.  These events, called iconic events, will highlight Barbados’ journey to this milestone. 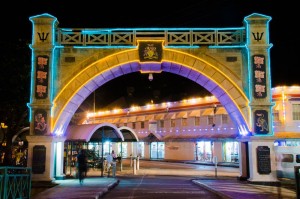 The celebrations were officially launched on January 6th. On this day, there was a land and sea parade, involving students from nursery to secondary school and other groups and organizations includingthe Barbados Cadet Corps, the Boy Scouts, Girl Guides Association, Barbados Red Cross Society, Seventh Day Adventist Pathfinders, Barbados Youth Service and the Barbados Landship. This parade began at Jubilee Gardens and Shallow Draught and proceeded to Independence Square. The multimedia concert to culminate the evening’s events was a great occasion featuring a wide range of music including folk, gospel, tuk, jazz, spouge, calypso and soca performed by great Barbadian musicians including The Mighty Gabby, Red Plastic Bag, Emile Straker, Rupee, Shontelle and the Royal Barbados Police Force Band.

Then, on January 21st, Errol Barrow Day, past, present and future athletes took part in the 50th anniversary Trident Run and Sunset Community Concert. The run started from Independence Square and ended at the St. George Parish Church. The concert entitled,“Best of the Bands”, commenced after the run, featuring many musical performances from various educational institutions including the Alleyne Secondary School band, the 1688 junior band, Harrison College pop school band and the St George Secondary School steel orchestra.

There are several other events this year to mark this yearlong celebration of independence. These include:

Mark your calendar and come out and celebrate Barbados’ 50th anniversary of Independence!