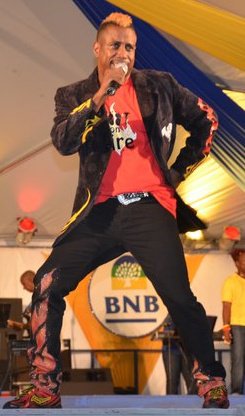 Anderson Armstrong was born on February 1, 1968 in Barbados. Anderson also known as "Blood" is one of the most talented males currently on the Soca scene.

Many wonder why he is nicknamed "Blood", but wonder no more. Young Blood was a name I got from the Mighty Gabby by accident. He could not remember my name when I first met with him and he wrote it on a cassette. At first I thought he had given me the wrong one but then I realized what he had done. I liked it and I used the name. Over time people would just call me Blood and so today that is what I use on stage."

He started singing as a choirboy while at primary school and began singing in local competitions in 1983 while still in high school. At that time he made his professional debut in the Richard Stoute Teen Talent Contest. There he made it all the way to the finals performing his own compositions. That same year he participated under the guidance of his mentor, The Mighty Gabby, in Gabby's first timers Calypso Contest.

With the encouragement of then school teacher and tent manager, Mac Fingall, he joined The Untouchables Calypso Tent the following year (1984). There he shared the stage with seven time Calypso Monarch of Barbados, The Ragga-Ragga King Red Plastic Bag. In 1985, at the age of 17, Andy Armstrong became the youngest person ever to make the National Calypso Finals in Barbados. Performing under the sobriquet "Young Blood" he placed fifth in the competition which was won by The Mighty Gabby.

One of his biggest career moves to date was when in 1986, he along with his friend and former school mate, George Jones became founding members of one of Barbados most prominent and one of the Caribbeans leading party bands over the last 2 decades, Square One . Paul Slater, Cecil Riley and Winston Beckles were also founding members of the band. Blood was the lead vocalist and guitarist with the band.

Square One went on to record several albums where Blood was featured on lead vocals along with Alison Hinds. These included Special, and Eat, Drink and Be Merry on which the song Party Can Done received a Caribbean Music Award nomination. The following include other albums recorded by the band on which Blood is also featured as a lead vocalist. 4 Sides Sweetness which contains the mega-hit Turn It Around alias The Plumber In Full Bloom Fast Forward Champions Unity Higher Heights Missing Files Sugary The Plumber has been No. 1 on the Caribbean charts around the world in countries such as England, Canada, Bahamas, Jamaica, St. Maarten, almost all of the English speaking Caribbean and New York where it spent an incredible 16 weeks are No. 1 on WLIBs Caribbean Top Ten charts. 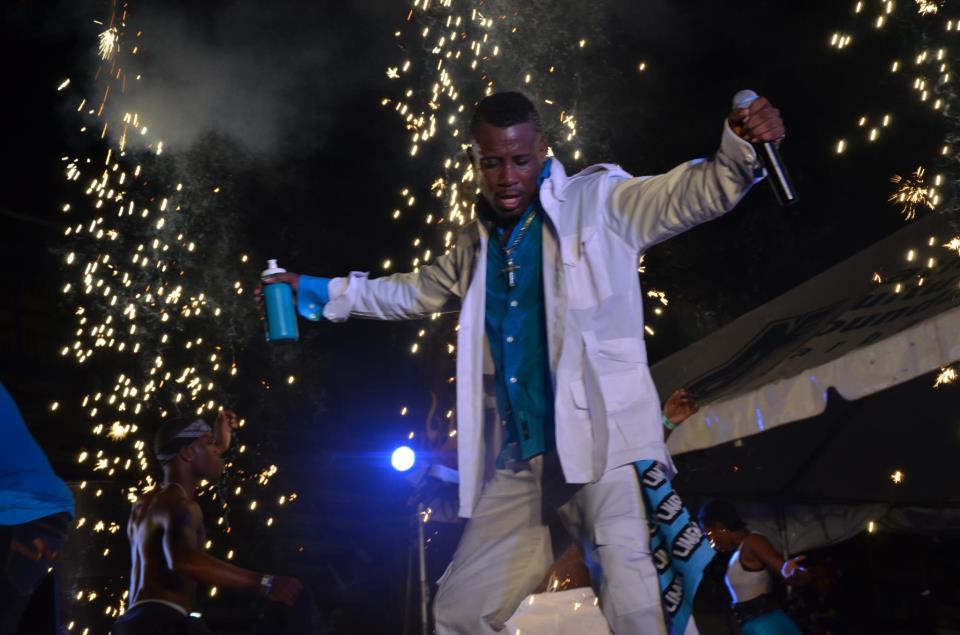 Andy Armstrong, along with Square One, has toured extensively throughout the English, French, Dutch and Spanish speaking countries, as well as the Caribbean, North and South America and Europe. Another touring achievement for both Blood and the band would have been their historic tour to South Africa to perform for World Cup Cricket in 2003. He is known for his explosive, dynamic and high-energy performances and his versatility as a singer. From Lionel Richie to Louis Armstrong to BUJU Banton, Andy has covered each music genre with consummate ease.

His debut solo album Conscience Call was just another step towards his never-ending quest for maximum musical success. Since that time, he has recorded and produced several solo and compilation albums. These include Maniac, his 20th Anniversary album Blood 20_03, Bootleg, a Christmas album Christmas Rendezvous, and Pause. These albums have featured several hit songs which include Pokemon, Turn It Around (Plumber) and Kitty Kat, Turn It Up. In 2006, his albums include Thicker than Water and the compilation Burning Soca.

Andy has achieved yet another major accomplishment in his life, where he has built one of the top recording studios on the island from the ground up. Here he has recorded and worked with several of the festivals well known stars such as Red Plastic Bag, Mac Fingall, Alison Hinds, Terry Arthur and the recent additions Mikey, Contone and Pong.

Blood's talents go far beyond his music career. As an actor, he has performed in “Ti-Jean and his Brothers”, “Red Carnation” and “Once upon an Island” and more recently in 2007, in “Going for Love” and “Sobie”  in 2008,  “Macbeth” and in 2010 “ The Memory Of Water”.  He is also one of the Directors of SAYGE Theatre Company and in recent years has formed a new dynamic soca group called SOKA KARTEL, along with Mikey. This union has proven fruitful as in 2013, they won Road Monarch and Party Monarch titles while Blood, going solo, won the Groovy Soca Monarch title.

Anderson has received several awards and has been recognized as an accomplished artist in the Calypso arena.

Article and photos originally from Blood's biography on myspace