A Month by Month Guide of Significant Dates in Barbados’ History

A Month by Month Guide of Significant Dates in Barbados’ History 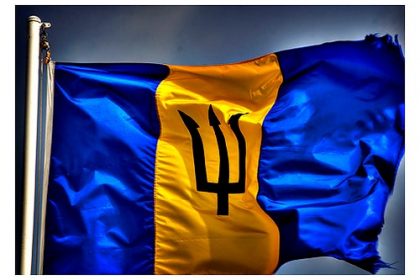 Like many of our fellow Caribbean islands, the island of Barbados has a rich history rooted in slavery. However, slavery isn’t the only notable historic event to have occurred in our tiny corner of the world. So on today, Emancipation Day, we take a look at some of the other important events in or history as they occurred in the various months of the year.

11th – 1652:  Articles of Agreement were signed between England and Barbados ensuring the “Rights of the People,” .

15th – 2008: The Democratic Labour Party wins their first election since 1986, with David Thompson becoming Prime Minister for the first time.

22nd – 1991: The Democratic Labour Party was re-elected to office despite the death of Errol Barrow in 1987. This time, they were lead by Erskine Lloyd Sandiford .

16th – 1651:  inhabitants of the island declared their independence from the Commonwealth of England.

17th – 1627: The ship William and John arrived in Barbados at St. James Town with 60 settlers and 6 enslaved Africans. This was the beginning of formal colonization of the island.

25th – 1627: Charles I (the former King of England) gave Courten by Royal Letters Patent the proprietary ownership and title to various lands in the Southern Americas. Courten saw this as applicable to Barbados and thus made a claim of the Island.

1992: Due to the international recession of 1990 – 1991, the fiscal deficit in Barbados had become unsustainable. Therefore in February of 1992, the government instituted a stabilization program in fiscal policies with the help of the IMF.

2004: a sea border disagreement flared between Barbados and Trinidad and Tobago after fishermen from the former island were arrested for finishing in the latter’s water. Barbados took the case to a UN-backed tribunal.

2012: The Earl and Countess of Wessex, Prince Edward and Princess Sophie visited the island for the Queen’s Diamond Jubilee celebrations. 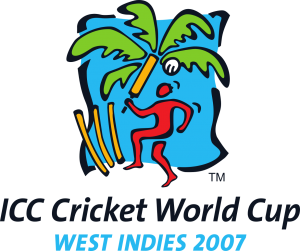 10th – 1961: The Deep Water Harbour in Bridgetown is officially opened.

11th – 1985: Harold Bernard St. John becomes the 3rd Prime minister of Barbados due to the death of Tom Adams.

16th – 2006: The CCJ (Caribbean Court of Justice) renders its first judgement in a case, marking the official end of Barbados’ 170 year relationship with the Judicial Committee of the Privy Council.

2009: The Prime Minister of Barbados, David Thompson, survives a no confidence vote that arose over his handling of the financial crisis caused by the sudden collapse of CLICO.

8th – 1982: The President of the United States, Ronald Reagan, visited Barbados, marking the first visit of a US President while in office.

14th – 1816: The beginning of the Bussa Easter Rebellion, the first rebellion of this size in Barbados and the wider region and the first on the island for over 124 years.

1st – 1968: The Caribbean Free Trade Association (CARIFTA) was established. Antigua, Barbados, Guyana and Trinidad and Tobago were the founding members.

2nd – 1972: The Central Bank established via an Act by Parliament.

14th – 1625: Captain John Powell landed on Barbados and proceeded to claim the island for Barbados.

18th – 1967: Sir Winston Scott appointed as Governor General of the island, the first native Barbadian to be so appointed.

25th – 1986: DLP won 24 out of 27 seats in the general election. Errol Barrow returned to office as Prime Minister

1st– 1987: The Right Excellent Errol Walton Barrow, the Prime minister of the island and father of Independence, dies. 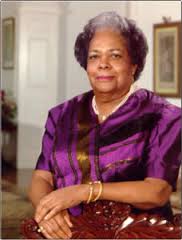 25th – 2011: The Historic Bridgetown and its Garrison were added as World Heritage Sites by UNESCO.

4th – 1973: A treaty is signed by Guyana, Jamaica, Trinidad and Tobago and Barbados to establish the Caribbean Community (CARICOM).

5th – 1628: The capital of Barbados moves from Courteen’s settlement at St. James Town to Bridgetown.

26th – 1937: Riots erupted in Barbados as a way of striking back against the bad socioeconomic conditions on the island. This particular riot was also fuelled by an angry crowd that were protesting against the deportation of Clement Payne, a Trinidadian of Barbadian decent.

1993: BLP Leader, Henry Forde, resigns from office. Owen Arthur was then appointed leader of the party.

2008: Dispute erupts between Barbados and Venezuela over the delineation of the maritime border, arising due to the launch of a bid for offshore oil exploration. 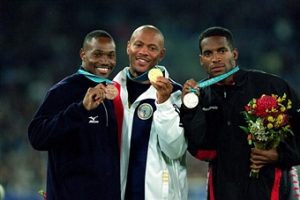 1st – 1969: All Local Government services transferred from interim Commissioner to the Central Government.

3rd – 1650: All trade between Barbados and England was halted by a passing of an act.

6th – 1976: Cubana Flight #455 is bombed just after taking off from the Sir Grantley Adams International Airport. 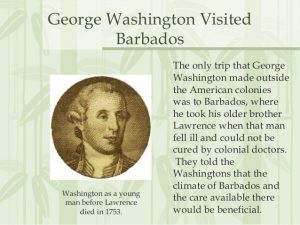 30th – 2012: Sir Marston Gibson awarded the Knight of St. Andrew in recognition for his contribution to the law profession both locally and internationally.

1751: George Washington visits Barbados. This was his only visit outside of America.

1910: the Tramway Operation was sold to investors from the US and renamed Bridgetown Tramway Company

Have we missed any other significant moments in Barbadian history? Let us know below. 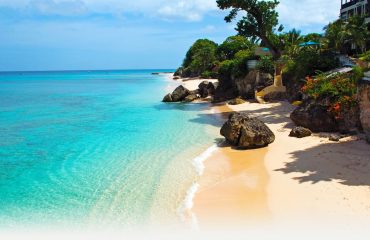 Dah Beach is Mine 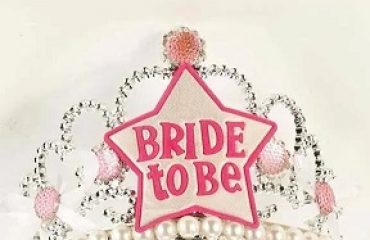 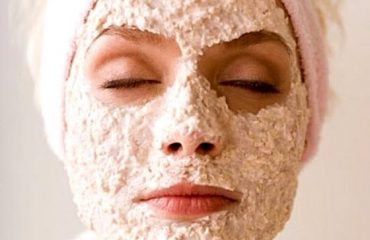